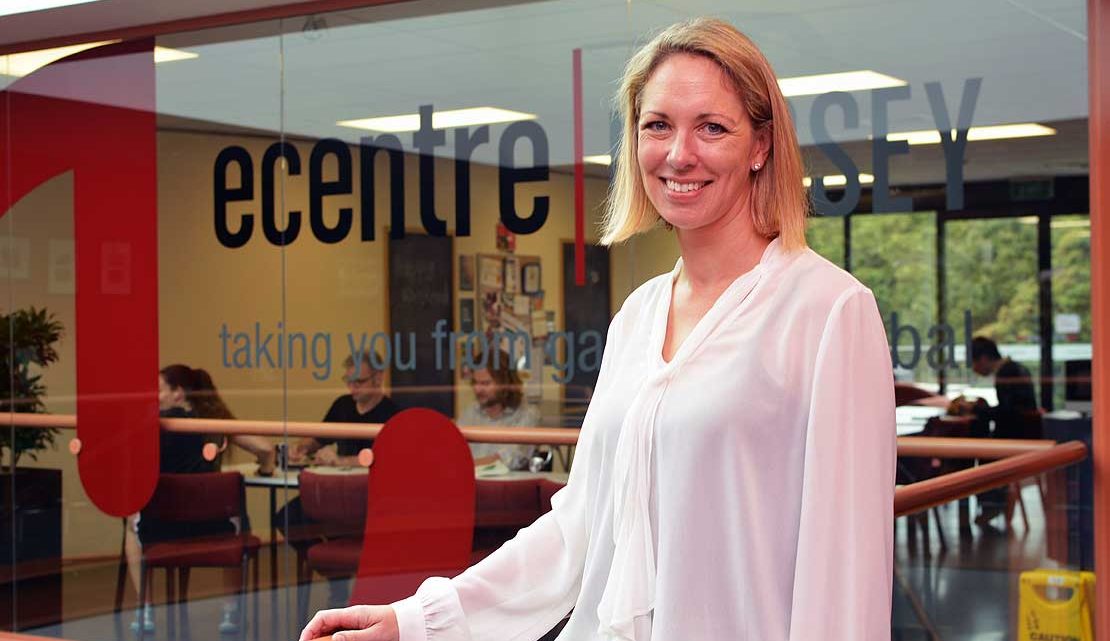 When Massey University first launched business incubator the “ecentre” in 2001, the New Zealand startup scene was a far cry from the developed and expansive ecosystem we know and enjoy today.

Hot on the heels of the dotcom boom and subsequent crash, it would be fair to say that while there was definitely a sense that this thing called the “Internet” was here to stay, few of us at the time could have predicted that it would result in the breadth and scale of disruption and innovation that we’ve seen in the 16 years since.

After all, back then most businesses still had a fax number and dial up internet was throttling business productivity – figuratively and literally. In fact it would be another two years until video calling app Skype was launched, ditto for Facebook precursor, MySpace.

And the iPhone? Well it would be six years before that arrived, ushering us well and truly into the digital age and with it the untold opportunities awaiting entrepreneurs via a new world of mobile apps, social media and cloud computing.

Indeed within that time, ecentre has secured it’s place as a valued part of the startup ecosystem, helping hundreds of Kiwi entrepreneurs navigate the opportunities afforded by the “digital revolution” over the years.

Nearly 17 years on, ecentre CEO Jackie Young is excited about the organisations future and says that adhering to the entrepreneurial principles of adaptability, agility and continuous market feedback is key to it’s ability to continue delivering value to todays entrepreneurs.

“The startup market in New Zealand has changed quite a bit over the last ten to fifteen years and so our programmes are constantly being tweaked to adapt and provide the best outcomes for our founders,” says Young. “We try to follow our own advice as much as we can.”

Young cites ecentre alumni Unleashed Software with customers in approximately 80 countries, website builders Zeald, and market research company Perceptive as some of the success stories to emerge from ecentre over the years.

ecentre’s services for entrepreneurs are spearheaded in the market by three core programmes known as Sprint Foundation, Sprint Develop and Sprint Launch, which support entrepreneurs through the startup process from idea, to market validation and business model development, to launch.

Commenting on the key problem area for entrepreneurs, Young says that, “Market validation is probably one of the most fundamental and important things that an entrepreneur can do. Making sure that the solution, product or service they are developing has a strong market need and making sure that it’s very customer focused.”

She adds, “The work that entrepreneurs do up front, identifying their customer and customer needs, really sets the course for their success. They can save themselves a lot of time, money and effort and really de-risk their venture.”

Following the 15 year tenure of founding CEO Steve Corbett, Young took on the role mid 2017. Shortly after, ecentre was named as one of six Callaghan Innovation funded tech startup business incubators, and has since expanded its footprint to deliver programmes to Northland entrepreneurs in conjunction with economic development agency Northland Inc.

Incubation programme alumni and ecentre resident Carol Brown says that there was “no way” she could have navigated the startup of her business on her own, despite having previous experience as a business owner. The founder and CEO of online employee feedback platform, RoleQ, noted significant differences between launching an online startup, versus more traditional business models.

“Starting a tech company is quite different to building a consulting company. With a consulting company it’s about building your personal reputation and expertise but with a tech company you need to be able to scale it without one to one interaction. It’s a completely different business model and it was a steep learning curve. There is also a lot of work required to validate the market for any product and this is quite a different process for a tech startup. There’s no way I would have been able to figure it out quickly by myself.”

Brown is also quick to point out the importance of having a rigourus business development process in place before launching, something she learnt as an ecentre entrepreneur.

“The programme involved an intense three months that started with me taking my idea to the team at the ecentre. We then went through a process of learning and applying startup development principles including market validation via the lean canvas model. We spent a lot of time really testing the theory behind the idea.”

Asked her number one piece of advice for new entrepreneurs, Brown said, “The worst thing an entrepreneur can do when they have an idea is to just let it sit there. You need to take that idea out of your head and get it in front of people who can help you refine it and build a business out of it. Ideas generally need to pivot several times and to do that you need the input and advice of people with experience at bringing ideas to life. There are a whole bunch of people out there just waiting to help you so seek help as soon as you can.”

Young echoed this sentiment noting that one of ecentre’s key roles is simply providing entrepreneurs with “the accountability to keep their idea moving forward”, something that Massey University clearly has in mind for ecentre as we ponder the opportunities the next 16 years may bring. 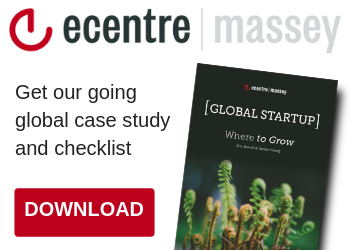