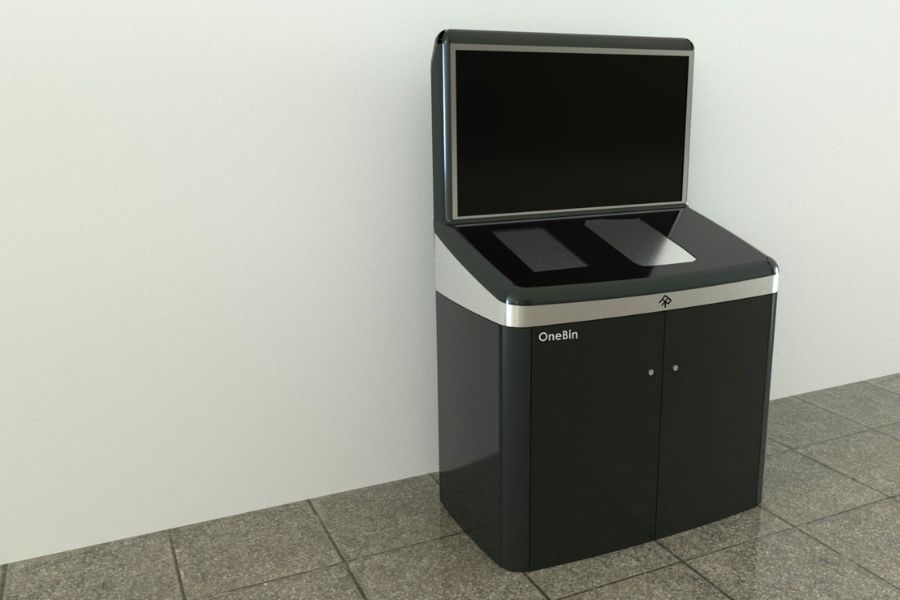 OneBin addresses a fundamental problem with how waste is collected and processed.
FacebookTwitterLinkedinPinterestReddit

A new  way of eliminating the chance of getting recyclable materials into landfills is about to be launched in New Zealand that will substantially help our environment while educating people on how to recycle.

Hamilton-based startup ARCUBED has created a unique product called OneBin that detects and separates waste from recyclables at the point of disposal. The bin is equipped with embedded AI (Artificial Intelligence) to collect and automatically separate rubbish from recycling.

When you approach the bin, the entry flap opens and users place waste into the bin. Sensors inside the bin detect the item using machine learning algorithms. When the item is identified, the bin drops the item into the appropriate bins – either general waste, or the designated recycling streams.

Those depositing waste can see what the bin classes as recycling and why, thus educating people while avoiding the human error of depositing rubbish into a recycling bin.

OneBin aims to reduce the contamination of recycling streams and the total amount of recyclable material going to landfill.

In New Zealand, more than 2.5 million tonnes of rubbish are sent to landfill annually – 75 percent of which could be prevented by better resource recovery systems and waste management practices.

It’s early days for the startup, which was created last year by five engineers working in their spare time. ARCUBED is currently under development in Hamilton, undergoing tests and preparing for a trial.

“We want ARCUBED to fundamentally address the unsolved recycling issue through a tech-based solution,” ARCUBED co-founder Mostafa Seifan says. “We are promoting effective recycling but we are also supporting the business to meet sustainability goals and reaching zero emissions in our carbon footprint.”

“Our product educates people to not rely on “wish-cycling”, which is a consequence of confusion around recycling.”

Despite being engineers and knowing their product, running a startup was a learning curve, ARCUBED co-founder Ali Alqassab says. In hindsight, they would have raised more capital to progress the business faster.

The entrepreneurs add that organisations like Akina and Callaghan Innovation provided assistance in understanding and fine tuning their business, with success being determined on the number of bins rolled out next year.

The startup has been predominantly self-funded, but the directors are currently raising capital to enable OneBin to be released to the market and are working to launch the bins in different locations early next year. ARCUBED have been working with the Akina Foundation as an Akina Impact Investment Readiness Programme recipient, getting startup advice and assistance on raising capital.

“Our current focus is on the development of the product. We want to do more trials and are looking to raise capital to accelerate our growth and bring our product to market sooner,” Alqassab said.

His advice to others wishing to start up a business is simple. “Talk to prospective customers,focus on their needs and their problems, find a solution and work out how to implement it.”

OnBoard creating diverse pipeline of new directors for startups