Rent My Gear is helping NZ film and TV professionals share and access the equipment they need more easily.
FacebookTwitterLinkedinPinterestReddit

What problems do you solve and what products or services do you sell?

Rent My Gear is a peer-to-peer rental service, allowing gear owners in the Film / TV industry to rent their own equipment out to each other instead of relying on rental companies.

Who and where are your target customers?

Our target customers are film and TV creatives that live in New Zealand.

How and when did you first come up with the idea for your business?

Rent My Gear was actually just another step in solving a series of problems in the film and TV industry here in New Zealand.

I had returned to New Zealand after working as a television producer overseas for quite some time, including producing a show for the US called The Operatives.

After getting home to do the post production I discovered that there were very few methods to source Film / TV freelancers without calling people who might know someone. To solve this we set up a Facebook group called Freelance Directory which took off and is now a hub for around 5000 Kiwi freelancers. We had multiple people wanting to promote themselves, so we created a supporting website, which is somewhere between a phonebook and Facebook.

With the Facebook group and website such a success, we kept getting told that we should rent out gear. I knew the complications of buying expensive equipment and maintaining it and thought it would be impossible until the cameraman I was filming with in Wellington announced that someone had “rented his gear” and it was the best thing that had ever happened because “he was getting money and they were getting a camera for a good price.”

It was a lightbulb moment and Rent My Gear was born. Having no business experience, it has taken over a year to develop and get the website built!

What are your three biggest unique selling points?

Local film and TV gear owners can create an extra income from gear they own.

The industry no longer has to rely on the rental companies, who only work out of our major cities.

What are three things about your business that you are proud of?

We have implemented an insurance element that allows renters to get insurance for their rentals.

We have nearly killed eachother trying to get the website complete… but we made it!

We have created a buzz in the industry with a product that everyone is amazed has never been created before.

How do you market your business and what advice do you have for others around marketing?

We have just launched, but have a large existing social media following due to the groundwork we put in creating Freelance Directory. This is our major marketing portal.

We also advertise through Facebook and Google advertising and write blogs for SEO.

What’s been the biggest challenge you’ve faced in building your business so far?

We are not businessmen. I am a television producer and Andy works in UX. We have had to learn everything from scratch with no business knowledge. The website is a complicated web of information that is somewhere in between TradeMe and a rental car website. To us, achieving a site like this that works and is safe and legal to use is a miracle.

The right balance of persistence and realism is key.

You need to be so persistent that you never give up, but at the same time, if you’re going in the wrong direction or pursuing a bad idea, you need to change course.

Sometimes there’s a fine line between those two and getting good at analysing the difference between one and the other is a key skill. 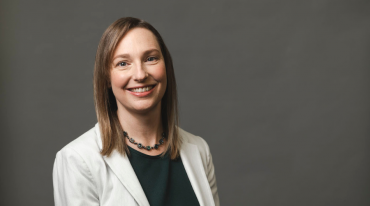 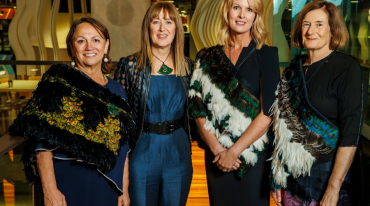