Some of NZ’s highest profile entertainment awards ceremonies will this month run smoothly thanks to a cloud-based submissions software service named Akudos.

Founded by Wairere Iti and Richard Brookes in 2016, Akudos has been polished month by month as clients use the turnkey service to take care of form storage, calculations, scoring and other admin which would otherwise confuse how awards nominations are handled.

Akudos was used successfully when managing the APRA Silver Scroll Awards between July and September and has been collecting submissions for the upcoming Vodafone NZ Music Awards and Huawei Mate20 NZ TV Awards. Akudos also coordinated submissions for this year’s Chamber of Commerce awards in Tauranga and Whakatane.
Northpower, Microsoft and MYOB are other recent partners, with the former needing Akudos to streamline its staff recognition programme, and the latter utilising Akudos for awards ceremonies.

Iti says on top of taking care of applications for grants, scholarships and business incubation, expanded uses for Akudos may be at events like Kapa Haka competitions or agricultural shows, where judges have traditionally been working with pens, calculators and spreadsheets. “Historically that’s always been a very ad hoc process with lots of different systems that didn’t talk to one another and created massive inefficiency.”

“As we bring each client on we get a better understanding of how to build the system to meet their needs – at the same time, we see commonalities [between clients].”
The company was born as the founders were working together at a digital agency in Auckland and wanted to work on a side project.

“I pitched the idea as a subscription-based cloud system over a beer in 2016,” Iti says. “The NZ Music Awards agreed to be pilot customer. We moved in and took over from the old system which needed thousands of dollars to get it upgraded. Things kicked off with a grant from the Poutama Trust. I had administrated music awards before, and Richard had built bespoke systems for other awards before, as well as cloud and SAAS products.”

Today Akudos has staff in Waipu, Auckland, Canada and the Middle East. “There are advantages to having workforce in different timezones – but also challenges,” the pair admit. “But it definitely means the ideas, talent and parts of success aren’t restricted to the city. There are opportunities for a global market.”

Akudos has been taking part in Tai Tokerau Business Incubator, a partnership between Northland Inc and the ecentre, funded by Callaghan Innovation, and will be featured in a showcase collaboration with Northland Inc, NZTE and Angel Association New Zealand.

How to put a stay on the unsubscribe button 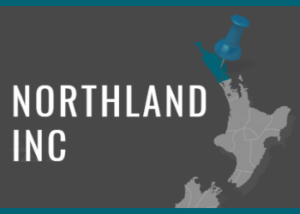