Local SME operators, representing over half a million businesses in New Zealand, are strongly opposed to the Tax Working Group’s capital gains tax (CGT) proposal as frustration with the Government’s performance rises significantly within the sector.

In the latest MYOB Business Monitor, which surveyed over 1,000 business operators nationwide in early March 2019, 48% of respondents said they were strongly against the proposed introduction of a CGT on profits made from the sale of assets including land, shares, investment property, business and intellectual property. A further 19% said they were somewhat against the proposal while just 20% of SME operators supported it.

Most strongly opposed to the proposal were business operators working in rural regions (79% against), and particularly those directly involved in the agriculture, forestry and fisheries sector (81% against). Other sectors vehemently against the CGT include SME operators in the business, property and professional services industry (75% against) and the finance and insurance sector (71% against).

The manufacturing and wholesale sector is the most supportive of the new tax, with 51% of operators opposed and 40% in favour of the Tax Working Group’s proposal.

Though opposition to the proposal is nearly double its support among younger business operators – with 55% of both GenY and Z SME operators against a CGT and 26% for – they are generally more supportive than their Baby Boomer counterparts, among whom opposition runs at 75%.

MYOB country manager, Ingrid Cronin-Knight said the lack of clarity about how the policy was likely to affect businesses will be worrying SME operators.

“I’m not sure the Government will ever win over the majority of businesses with a capital gains tax – but at the moment, the way the proposal has been communicated has created real concern among SME operators,” she said.

“Uncertainty around the potential costs of implementation and compliance, and the complexity of valuing their assets has created a climate of fear around the proposed new tax.”

Wellington small business operators are more likely to be supportive of the Government than those in other centres, with 33% satisfied and 43% dissatisfied. Dissatisfaction is strongest in Christchurch (54%), followed by Auckland (50%).

Ms Cronin-Knight said the overarching demand from small business operators was for the Government to provide clearer direction.

“The Tax Working Group’s capital gains tax proposal has clearly done the Government no favours, with strong opposition from right across the sector,” she said.

“At the same time, as emphasised in the MYOB Business Monitor’s latest economic data, business operators are concerned about the direction of the economy, with almost half expecting economic conditions to get worse this year.

“The Government needs to do more to support small business – the country’s largest business community – by continuing with its ‘year of delivery’. This way, business operators can form a clear view of how they plan to stimulate growth in a cooling economy.” 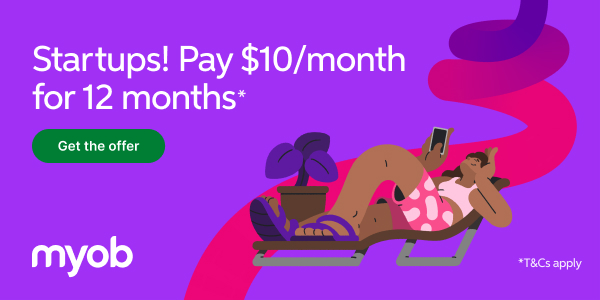