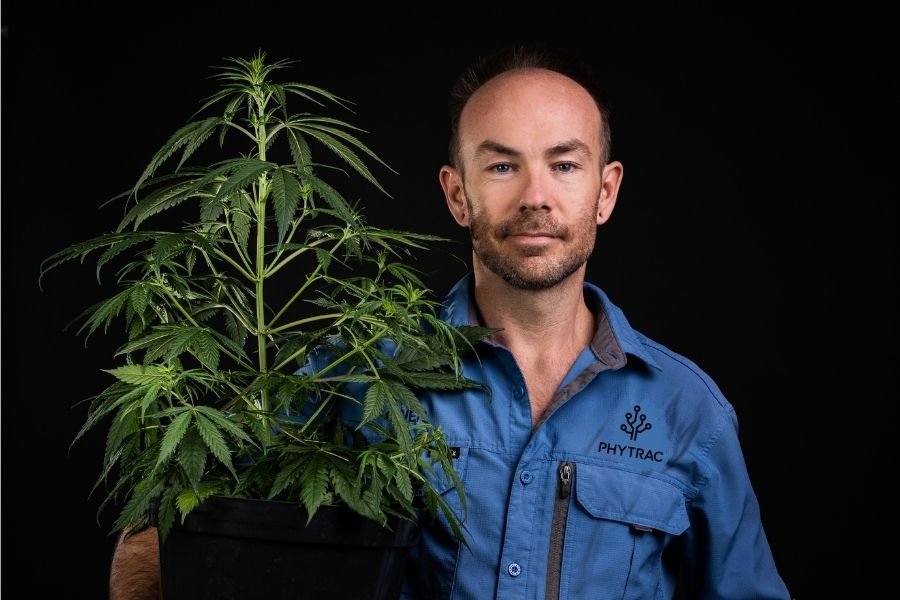 In New Zealand, contaminated land is commonly dug up and transported by fossil fuel-burning trucks to landfills ages away. The hole left in the ground often requires fresh soil to be trucked in. As a result, the current system misses out on an opportunity to add a carefully-calculated mixture of plants into the soil or water to absorb pollutants. Phytrac aims to pick up that opportunity and capitalise on it.

Phytrac is so new that NZ Entrepreneur interviewed Darby, Phytrac’s founder and CEO, just one week after the company rebranded in October. Darby, who settled in Otago from Australia in 2010, arrived at Phytrac after pursuing a plan from 2018 to 2020 for growing and exporting medicinal cannabis.

He got as far as terms sheets with potential investors, but overly-tight regulations for medicinal cannabis in New Zealand, combined with strong competition in the domestic cannabis market, meant that after Covid spooked investors in March 2020, Darby pivoted to cleantech, creating a cultivation facility for cannabis R&D.

The direction Darby settled upon is using Phytrac as a tech platform into which data about contaminated land can be fed.

Phytrac is named after phytotechnology, a self-sustaining function of plants and trees. Once data is gathered by Phytrac, the suite of products will include reports on current levels of contamination, 3D contaminant maps, marketplace for approved contractors to remediate contaminated land, networked soil testing devices, and detailed action plans about how to fix each customer’s problem utilising phytotechnology.

Darby and his team didn’t have to travel far to find contaminated land, with the Lakes District providing him with locally produced toxic sludge from wastewater treatment for lab trials.

Before decontamination, Darby’s career took him from the role of BMW technician to energy field specialist to permaculture cannabis cultivator.

While working for service company Schlumberger in the early 2010s, Darby was tasked with rolling out prototype first-to-market technologies in Kazakhstan, Saudi Arabia, Australia and New Zealand. Darby would routinely use explosives in the job, which Darby clarifies was more like “keyhole surgery” than how most of us would picture explosives. Darby feels these experiences gave him skills to be a “decent entrepreneur.”

“I’ve been a solutions expert for a long time, forced to pivot and accelerate continuously due to the dynamic and volatile nature of this work. It’s rare that operations go to plan, and I always had to theorise worst-case and multiple directions for next steps because when things go wrong there is high potential for disaster. When you reach a decision-junction, time is a luxury.”

One of the most major decision junctions for Darby came after scaling back his involvement in the energy sector in 2015, starting a consulting business, living in Queenstown fulltime and becoming fascinated with organic ways of undoing the damage caused by inorganic chemicals.

Examples of ways these chemicals can get into our soil include local tanneries disposing chromium in wastewater, sheep dip leaving arsenic in farm soil, or wood and paper processing leaving water and soil full of chrome, copper, arsenic, pesticides and more.

Darby is convinced that phytotechnology is one of the best solutions to manage contaminated land, and Phytrac aims to use computer data analysis to find the best response to whatever combination of contaminants he is asked to clean up.

In 2020, the medicinal cannabis plan was discarded, but finding a use for cannabis has stayed. “Cannabis likes to soak up pollutants from the soil, so this was part of the reason I pivoted to what we’re currently doing,” Darby says.

Phytrac is now conducting research at its facility to develop algorithms that provide consistency to plant combinations and amendments that create the conditions required for each client’s absorption targets. In addition, the facility holds licences to research cannabis and explore further applications for permaculture.

Phytrac has completed its seed round of investment raising and is currently a part of Callaghan Innovation’s 2021 tech incubator programme, attracting impact-focused investors and advisors. Phytrac is also creating a joint venture with multinational investment group Bridgewest, bringing in knowledge of commercialising complex biotech, software, semiconductor and artificial intelligence technology.

The next step for Phytrac will involve adding an environmental scientist or engineer to become a team of three, and sourcing more opportunities for field trials around Queenstown.

Story by Michael Botur. In partnership with Startup Queenstown Lakes.

The uprise of the Revolutionaries of Wellbeing