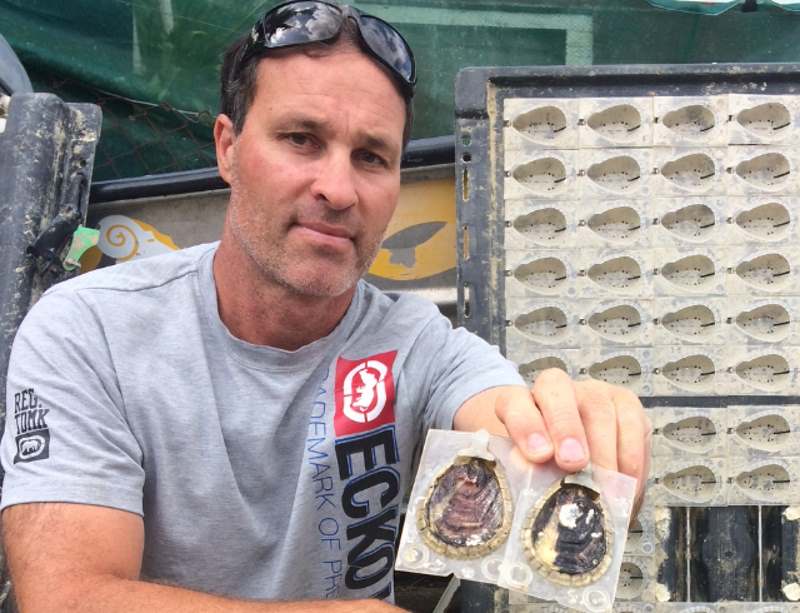 When Shaun Gregory’s wife suffered repetitive strain injury from opening almost 4,800 oysters a day at her job, he knew the industry needed innovation. Now, the Kaeo farmer’s Aqua Mould Systems is set to launch its oyster moulds that allows the shellfish to grow in uniform and market-desirable shapes, while also allowing for automation to be adopted at the factory end, with opening and packing machines.

Working in the NZ oyster industry for over 20 years, Gregory has witnessed the physical pressure on workers, from sore backs to repetitive strain injury (RSI).

“My wife Ngawini was struggling, opening 50 dozen oysters an hour at work. Another company tried to design a machine to automate oyster opening, but it wasn’t as successful as hoped as the shellfish still grew in different shapes and sizes,” he said.

“It got me thinking. Why not create a mould to ensure they all grow the same, with the abductor muscle in the same place, which would allow for a more successful automated opening attempt?”

He developed an injection moulding system which uses recyclable plastic resin to create the recesses.

The 10mm baby oysters, known as spats, can be put into a semi-automated placement machine and into the tray of 112 moulds, allowing the animals to naturally attach themselves as they would in the wild.

Instead of taking the usual 12 to 14 months to grow, the AMS shellfish are mature in six months, thanks to the neutral buoyancy of the tray which allows the fish to remain just under the surface of the water, regardless of tidal activity.

Massey University marine biologist Professor Marti Anderson is working alongside AMS to provide independent data focusing on growth, mortality rates and weight and condition of the meat, when compared to the conventional systems.

“Because my oysters stay open and are feeding in that first few inches of water, where 95 per cent of the best nutrition is, they don’t stop feeding and growing.” 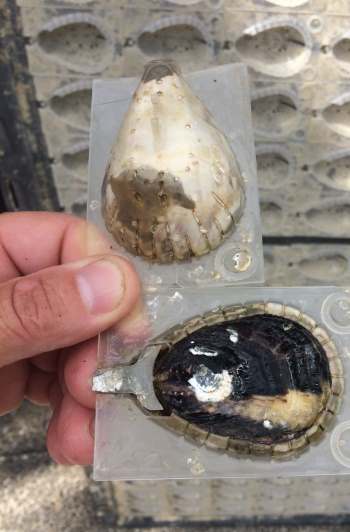 They can be grown in a desired shape too, meaning the market-desirable teardrop can be produced consistently. Along with shapes – teardrop, round, square or heart-shaped – the shells are able to grow with a logo impression on them, provided by the mirrored image on the moulds.

As the oysters grow they are applied to an automated wash plant which sets 112 brushes to work to clean the recesses removing any over-catch, barnacles or fouling that could disrupt the alpha-numeric or shape of the oyster.

Aqua Mould Systems has also designed the oyster opening machine, which will be developed and sold at a later date.

All technology has been patented, which started with the NZ patent back in 2013, and since then Gregory has secured patents in Europe and 9 other countries.

And one of NZ’s largest oyster companies is coming onboard later this year, although Gregory can’t disclose the full details yet.

Joseph Stuart, GM Business Innovation and Growth at Northland Inc said the AMS solution would revolutionise the oyster growing industry.
“It is significantly disruptive and a great example of tacit knowledge leading to innovation and business development,” he said.

“We’ve been able to support the strategic direction of the business by supporting Shaun with the tools he needed over the last three years, through growth advisor support, R&D assistance and capability vouchers through the Regional Business Partner Network.

“He has also benefited from introductions that resulted in equity investment and the professional services he received to help support and formulise the business has resulted in an increasing valuation of the business, which has pleased the shareholders. This is what we do as an EDA and it is great when you see people like Shaun go to the next level like this.” said Stuart. 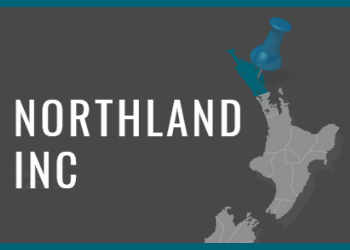 If you’re a budding entrepreneur and based in Taranaki, Venture Taranaki’s PowerUp programme wants to hear about your big idea.
View on Facebook
· Share